Initially, it was believed that every man who could carry a weapon was a warrior and went to war in the clothes that he always wore; special military armor was very primitive and varied.

The vast Empire of Amir Temur was created and maintained thanks to his brilliant talent as a General and statesman, as well as a superbly trained and disciplined army. Amir Temur paid special attention to his troops and their uniforms. The uniforms of the warriors depended on their rank.

In modern times, there is a noticeable desire to bring the form to ensure that it is comfortable, durable, easy to fit, meets the climatic conditions and does not greatly burden the soldier with care for it.

The uniform must meet the condition of distinguishing one part of the troops from another, so that the belonging of the serviceman to his part is quite obvious; this is necessary both for the maintenance of discipline and for the development of solidarity between the ranks of one part.

Thus, the uniform of our national army reflects the historical and national characteristics, is acceptable to the climatic and geographical features of the region.

When designing products according to the international standard, the main emphasis is on technological equipment that meets the standards of sewing production and computer-aided design of fabrics.

Collections of new uniforms are designed in accordance with the design agreed with the relevant departments, taking into account the peculiarities of their military service, the climate and geographical location of our Republic with scientific justification and the requirements of international standards.

New fabrics are designed and developed taking into account the climatic conditions of our Republic, in particular:

- blended fabric for the solemn form of clothes and class A (everyday), contains in percentage terms cotton, wool and polyester with a surface density of 220 g / cm2. and a high proportion of air conduction, irremovability, as well as resistance to light weather;

Samples of uniforms for military personnel of the Ministry of Defense:

Solemn uniform (ceremonial) - designed to participate in special occasions (holidays), when presenting State awards, when laying flowers and other events requiring officially and solemnity of a soldier:

Uniforms - Class - A (everyday) are designed to be worn by military personnel during official meetings, negotiations, meetings:

Outerwear coats and raincoats for wearing in the spring, autumn and winter periods of the year: 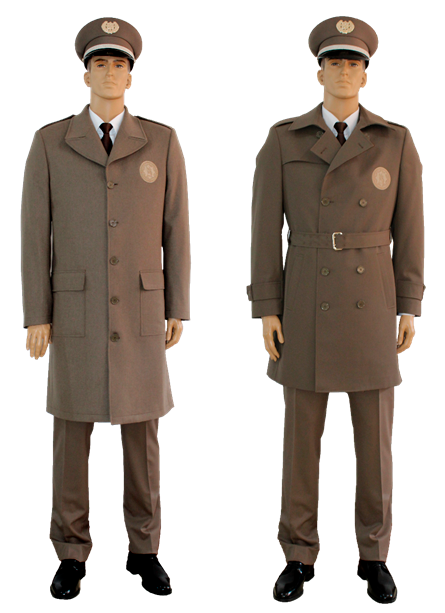 For wearing during office hours while in the room, classroom, audience. It does not constrain movement, comfortable and stylish. 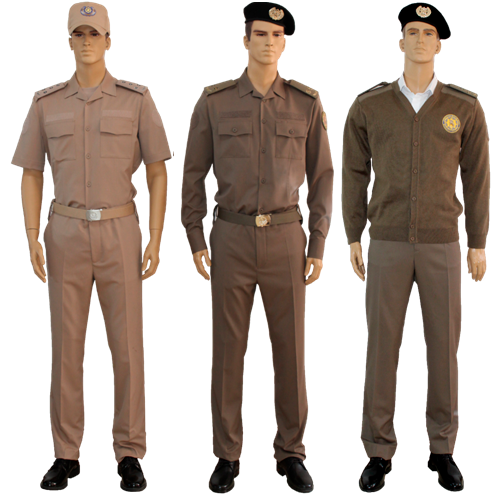 The field form of clothing is camouflage: fabric composition - 50% cotton, 50% polyester, Ripstop.
Density - from 200 to 225 g / cm2. For wearing in the field, during exercises, when conducting combat training tasks.
The fabric is durable, resistant to creasing and light weather, easily conducts air and perspiration.
The symbiosis of functionality, durability and convenience gives the fighter confidence in the impeccable performance of the task. The fabric is developed using innovative technologies.

Uniform samples for military personnel of the Ministry of Emergency Situations: 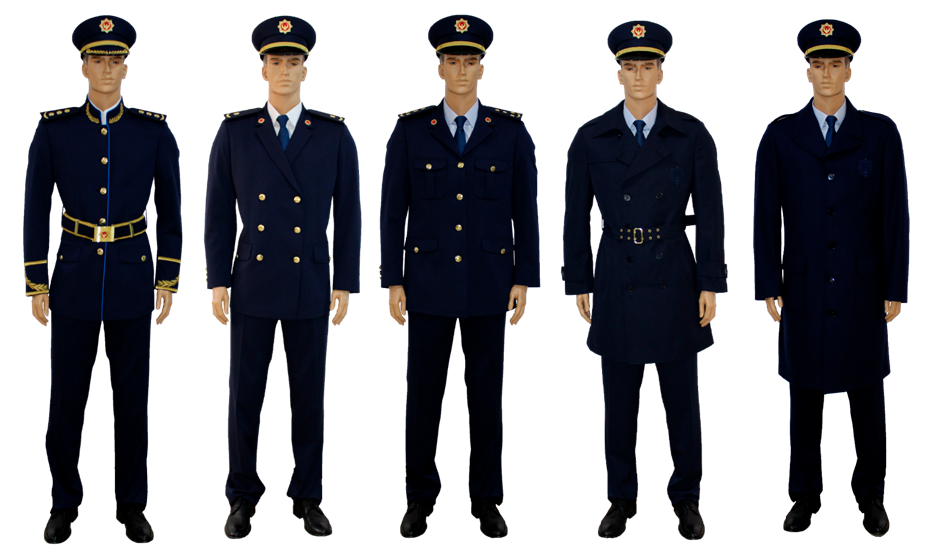 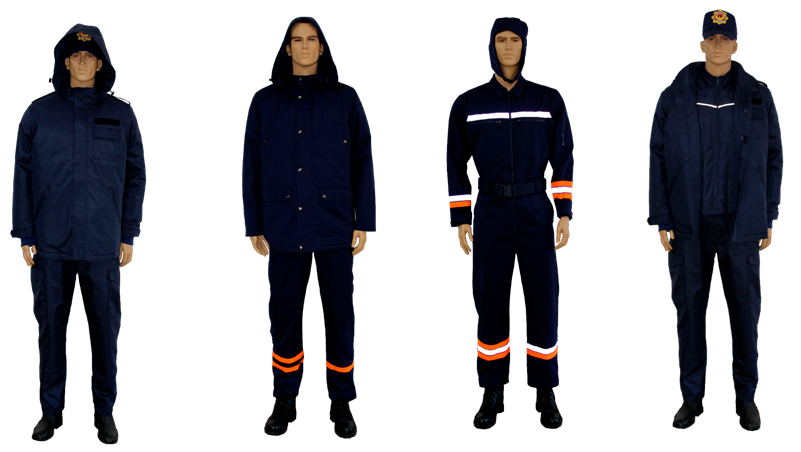 It is made on the basis of membrane fabrics. Designed for special operations during emergency response and assistance to the affected population.

Samples of clothing for bodies and military prosecutors: 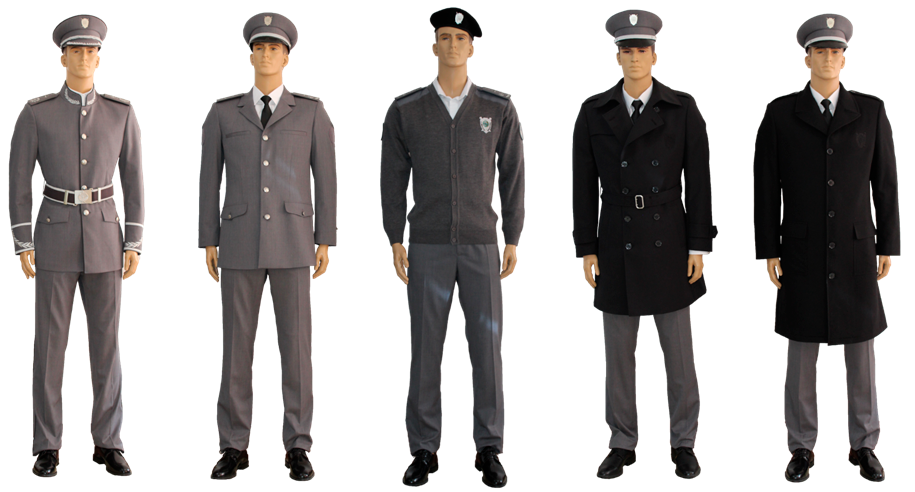 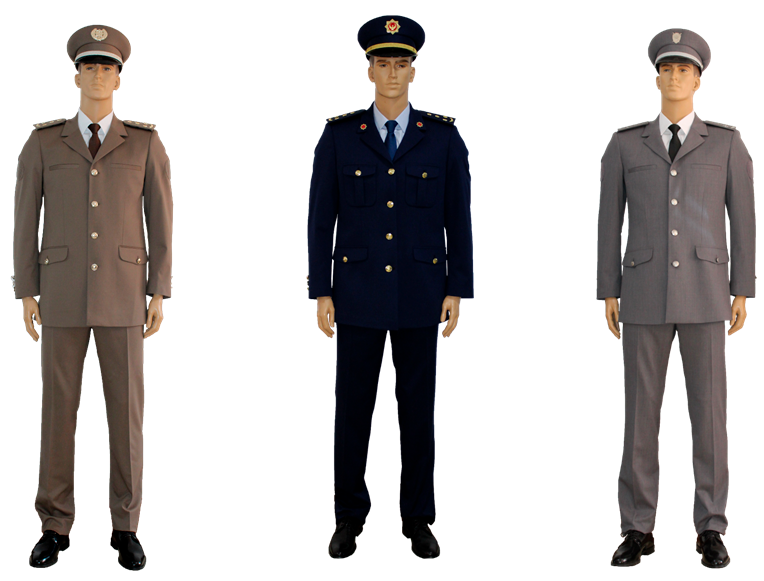 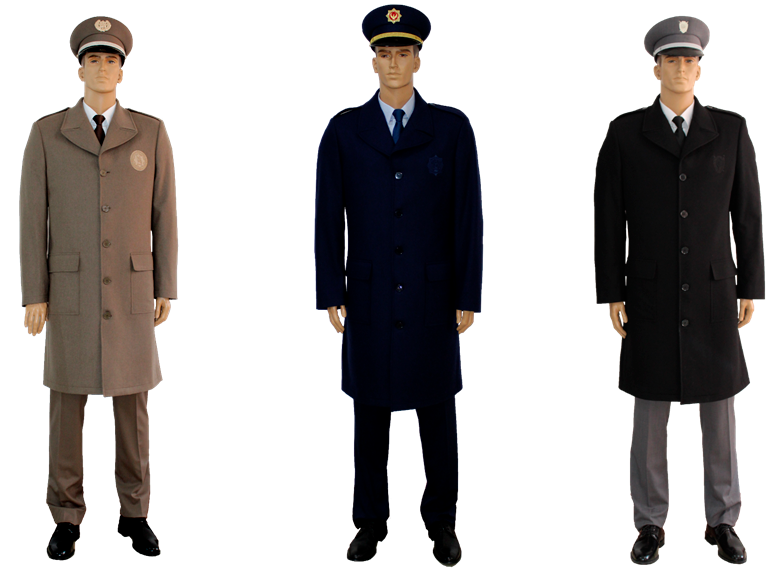 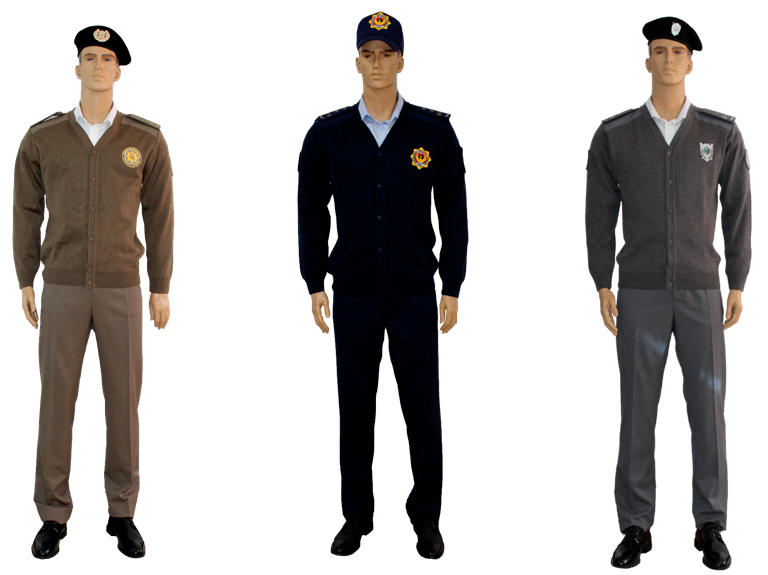 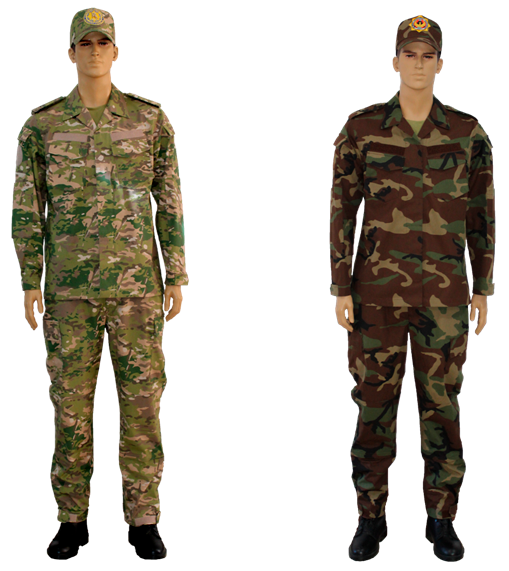 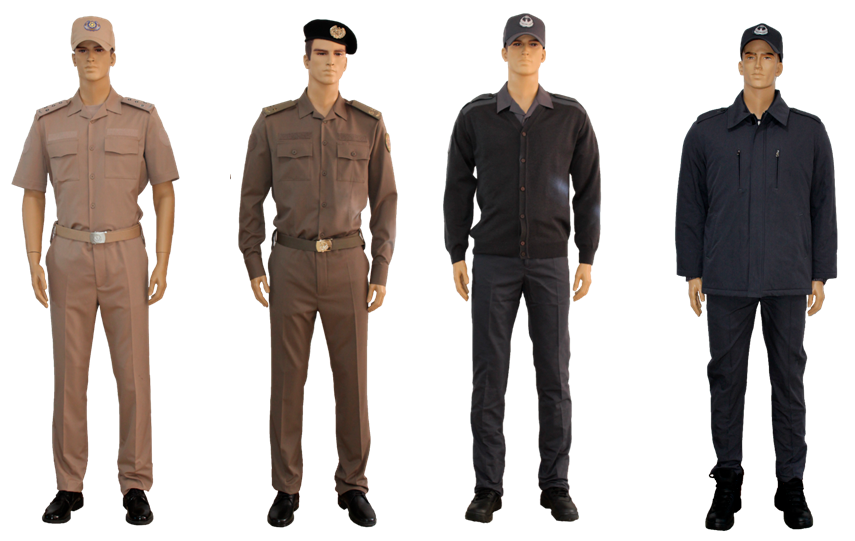 A patent of the Republic of Uzbekistan was received for each developed element.

Military paraphernalia is a complex of distinction signs designed to demonstrate the specifics of military units and military specialties, the hierarchical structure of the army, its nationality, historical merit and traditions of some formations. Also, it includes a visual image of the strategic military-political concept of the state.